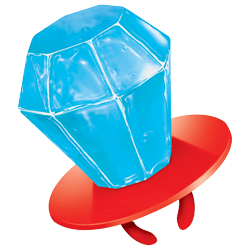 How do my kids use Fusion 360 in a browser

How do I make a simple presentation?