LOOK MA! NO BREAD BOARD!

Ever wish you could handshake between a Vex Cortex and a Lynxmotion robotic arm? Now you can!

Jim and I developed a module that uses an Optical Isolator to bridge the communications gap between the Cortex and the SSC-32. It works forwards and back, and has been tested 1000’s of times.

It is still in preliminary testing, and the circuit board and all specs will be made available shortly as a project in the downloads section ofwww.chrisandjimcim.com.

To see a video of the prototype being tested, and to learn more about how it works, go HERE! 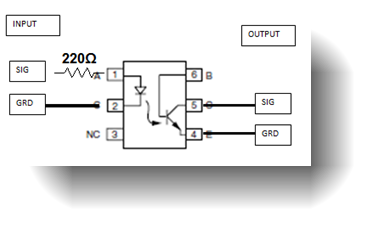 The Brains behind the module is just an IC called an Optical Isolator. When the input goes high on Pins 1 & 2 (thru a 220 ohm resistor) it cause an LED inside the IC to light up. This in turn causes the transistor on pins 4 & 5 to close creating a high signal on the output side. The best part about this circuit is that it isolates the signals, as the Cortex and the Lynx are different. 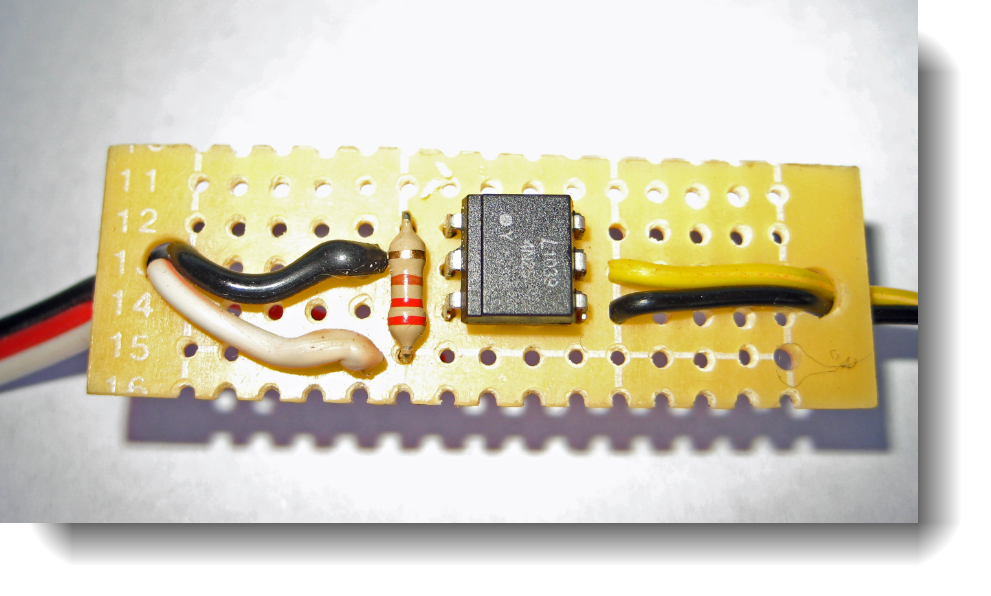 The prototype was made on a piece of perf board, and has holes drilled in either end to provide strain relief on the input and output cables; not that students would yank on them or anything… 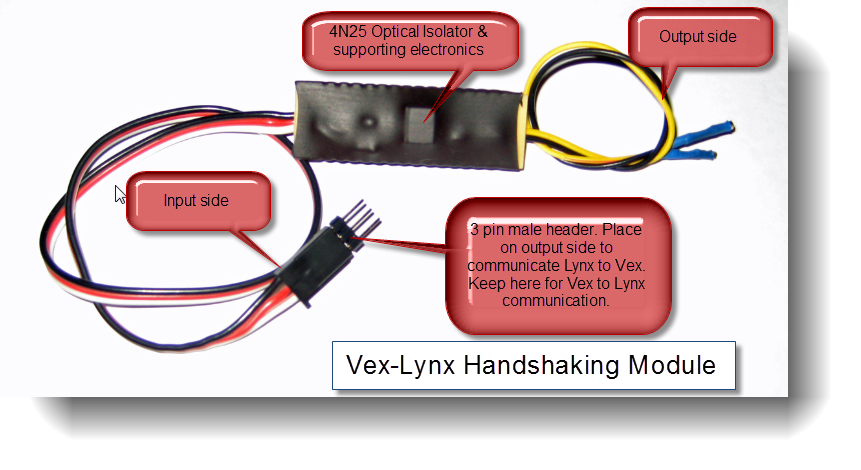 I then covered the unit with a piece of shrink tube, and Viola: a finished prototype! It was tested 500 x’s on each of the Cortex’s 12 Digital I/O’s, and 1000 x’s on each of the four SSC-32 inputs, and it worked 100% of the time. it lso communicates Lynx to Vex by placing the three pin male header to the output side.

The next step wil be to produce the circuitboard I designed to make manufacture much easier. It will be easier to solder, and leaves less chance for error. Look for more news soon!

To see a video of the prototype being tested, and to learn more about how it works, go HERE!

HOW DO I CONNECT A VEX CORTEX TO A SCORBOT?

The Handshake Boards Are In!

How do I make my Dobot Magician talk to a VEX Cortex?