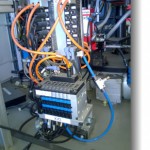 Cazenovia’s Manufacturing Program Gets an Upgrade

PARTNERSHIP WITH LOCAL COMPANY GETS AUTOMATION FOR THE CLASSROOM 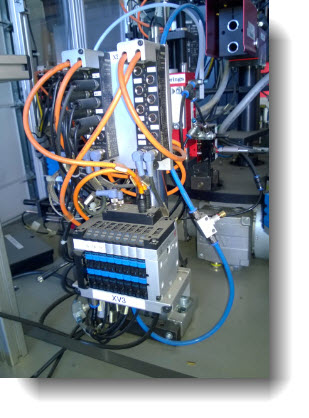 Marquardt Switches, in Cazenovia NY, donated an automated switch manufacturing cell to Caz HS Tech Labs, and it arrived on a truck today. Marquardt makes switches internationally for automakers such as Chrysler, Jeep, and BMW, as well as powertool switches for companies such as DeWalt. The cell was used to make power tool switches, and was donated to our department. This year, a group of EDD students are going to disassemble it, bring it into the classroom, and reassemble it. Next year’s EDD class will work closely with those at Marquardt to make it run again! Special thanks to the following individuals at Marquardt who made this happen: Jochen Becker, the General Manager, Kirk Wardell, the Director of Operations, and Scott Hansen, the Equipment Realization Manager. Stay tuned for more info! For a photo gallery, go here: http://tinyurl.com/m3m6y7p