ARE YOU SMARTER THAN A LYNX ROBOT?

These robots are playing tic tac toe against each other using two feeders, 9 blocks (5 X€™s and 4 O€™s), and a tic tac toe board. The board was cut out using a Brightstar laser, and the blocks were engraved with X’s and O’s on the same laser, and works like this:

2. The robot will place it in a specific square in the board.

3. The other robot will then pick up a block from its feeder which contains 4 O€™s.

4. The robot will place it a certain space on the board.

5. The robots will alternate until the X robot wins the game.

6. Then the robots will return to home position.

7. Then we will place the blocks back in the feeder.

8. The robots will be able to play again repeatedly using the same steps. 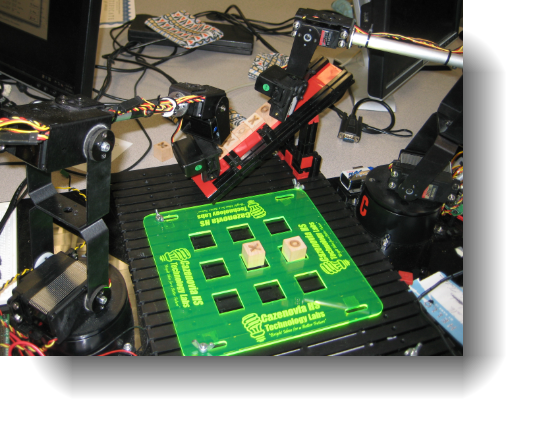 Going beyond: Use the playstation controllers to allow two humans to control the bots to place the game pieces on the board. What’s next….CHESS? 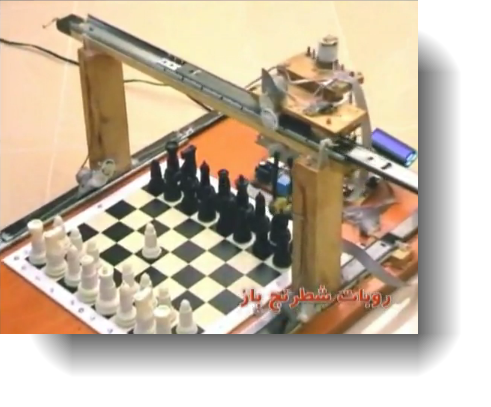 Workin’ at the Car Wash!

Special Thanks to Straitline Components