Robots Taking Over? Your Job is Safe.... 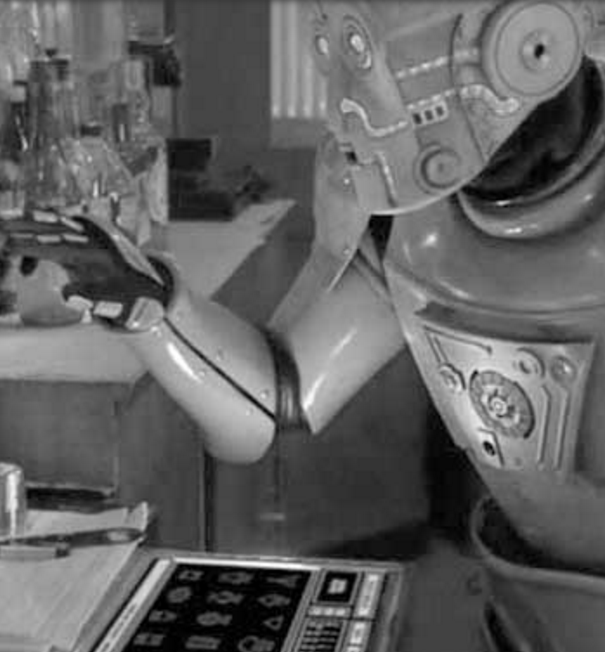 So, you’re worried about robots taking over the world???  Maybe not yet. But according to this article on Link’d In, you may not have to worry about them taking your job! According to Shelly Palmer, CEO at the Palmer Group, These are the jobs that robots won’t be able to take. You can read the full article HERE.

Last week, I compiled a list of the 5 jobs robots will take first. Today, let’s have a go at the 5 jobs robots will take last. For this article only, let’s define “robots” as technologies, such as machine learning algorithms running on purpose-built computer platforms, that have been trained to perform tasks that currently require humans to perform.

Almost every human job requires us to perform some combination of the following four basic types of tasks:

For example, an assembly line worker performs mostly manual repetitive tasks which, depending on complexity and a cost/benefit analysis, can be automated. A CEO of a major multinational conglomerate performs mostly cognitive nonrepetitive tasks which are much harder to automate. So, the trucking and taxi industries are in for a big shakeup; c-suite corporate management, not so much.

Thinking About the Future of Work

Make no mistake: at some level, every job can (and will) be done by machine. It is not a question of if; it is just a question of when. You’re going to push back now and tell me how different humans are from machines and how long it will actually take for all of this to happen. Stop. Read Can Machines Really Learn? for a primer in machine learning. Then read AlphaGo vs. You: Not a Fair Fight to understand what is happening and why you should care about it. If you’re still not convinced, have a look at What Will You Do After White-Collar Work?. It will help put all of this in perspective.

That said, there are some jobs that will be exceptionally difficult for AI to do subjectively better than humans. This is not an arbitrary list. Each of the following jobs requires a unique combination of human intuition, reasoning, empathy and emotion, which is why it will be difficult for an AI system to train for them.

As you will see, the last jobs that robots will take share a common thread: humanity.

Unless we are trying to turn our children into little computers, we cannot let computers train our children. (“Singularity” people, I know what you’re going to say. The Kurzweilian future is now estimated to begin in the year 2045. There will have to be a minimum age law associated with human/machine integration.) I can imagine a robot kneeling beside a sobbing five-year-old (who just figured out that his mom packed PB&J instead of a bologna sandwich) and offering comfort and a shoulder to cry on, but the robot is unlikely to provide an emotionally satisfying outcome. We teach our children to be human. If we want them to grow up to be human, they will have to be trained by their own kind.

Would football be interesting if it were played by robots? Maybe. Would it be fair to put human athletes on the field of play against robots? Probably not. Using today’s regulation clubs and balls, robot golfers would consistently shoot in the high 40s to low 50s. What’s the point? As long as humans strive for athletic excellence, humans will need to play sports. What about surgically enhanced, genetically modified athletes? That’s for another article.

Politics and humanity are inextricably linked. The complex mix of subtlety and nuance required to become a successful politician is not in the current purview of AI. It’s a training set that would require a level of general intelligence that is far beyond the reach of near-term technology. Machines do not need politics; they “live” in a meritocracy. Humans live in anything but. As long as fairness and equality are important topics, humans will be the only ones on the political scene. Some of you will remind me that all politicians have the same goal: to get reelected. And therefore, politicians should be very easy to program. Nope. Sadly, politicians will be among the very last professionals to lose their jobs to AI. (They are also in a unique position to legislate their own job security.)

Judges, adjudicators, arbitrators, and people who judge baking contests or Olympic sports or any type of contests that require both objective and subjective assessments have practically robot-proof jobs. Subjective judgment requires vast general knowledge. It also requires a thorough understanding of the ramifications of your decisions and, most importantly, a precise ability to play “I know, that you know, that I know” with the parties who are directly involved, as well as the public at large. If you can make a living judging baking contests, you’ve got lifetime job security (as long as you don’t eat too many pies).

Psychologists, psychiatrists, and other mental health professionals will simply be the last jobs robots can take. Sure, we could do a combination natural language understanding, automatic speech recognition system tied to a competent AI system that would make a fine suicide prevention chatbot. But there’s much more to understanding and treating mental health issues. Again, humans are better equipped to understand other humans. This is not to say that medical professionals won’t leverage AI systems to do a better job, but the ability to create a robot that could take the job of a trusted psychiatrist will be outside of our technical reach until we have functioning WestWorld-style robots. And even then, it will be a reach.

Not on the List: Artist (Dancer, Painter, Musician, Singer)

I have intentionally left artist, writ large, off this list. The artist is a good subject for another article. Suffice it to say, technology has already had a huge impact on the economics of the arts. And, as much as I would like to tell you otherwise, none of these jobs are anywhere near safe.

If you’re wondering where your job sits on the list of “Run for your life, the robots are coming,” you have a simple, singular mission. Learn how your job is going to be automated. Learn everything you can about what your job will evolve into and become the very best man-machine partner you can. It’s the best way to prepare yourself for the advent of AI. Lastly, don’t wait. Everyone will tell you that none of this is happening anytime soon. They are flat wrong. But even if they are right, there’s no harm in being better prepared for an inevitable future.

Named one of LinkedIn’s Top 10 Voices in Technology, Shelly Palmer is CEO of The Palmer Group, a strategic advisory, technology solutions and business development practice focused at the nexus of media and marketing with a special emphasis on machine learning and data-driven decision-making. He is Fox 5 New York’s on-air tech and digital media expert, writes a weekly column for AdAge, and is a regular commentator on CNBC and CNN. Follow @shellypalmer or visit shellypalmer.com or subscribe to our daily email http://ow.ly/WsHcb