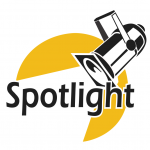 Remember the laws of robotics from the movie I Robot? This was actually a book long before that, remember those? What you might not know is that Isaac Asimov, the famed science fiction writer, wrote science text books as well. No wonder a lot of his fiction is steeped in believable science! Look up his bibliogtraphy! So it sounds as if they are getting a rewrite, and you can read the full story at the Boston Globe.

As posted at theconversation, Asimov’s laws are still mentioned as a template for guiding our development of robots. The South Korean government even proposed a Robot Ethics Charter in 2007 reflecting the laws. But given how much robotics has changed and will continue to grow in the future, we need to ask how these rules could be updated for a 21st century version of artificial intelligence.

Even GE is getting in on the conversation and saying that even back then, Asimov knew the laws would not last forever, but that they would be a good starting point. His science fiction even explored how those laws could fail in an article about ethical robots here.

Here are the original laws , with a short history, straight from wikipedia:

Check out the “upgrades” suggested to these three laws from 1942 at the Boston Globe.

Here is Asimov himself explaining his three laws.