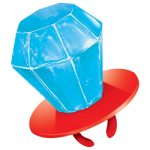 Written by Chris Hurd on May 3, 2020. Posted in Blog, CAD Tutorials